Congratulations to the winners of the 2012 Morgan County Fair Pageant! Lauren Ashleigh Martin was named Queen and December Ann Mitchell was named Princess. (Watch video slideshow of favorite photos from the night). Lauren Ashleigh Martin is the daughter of Brian and Marianne Martin of Jacksonville. December Ann Mitchell is the daughter of Chuck and Tiffany Mitchell of Jacksonville

And a note of congratulations and thanks for a great job to 2011 Queen Calla Kaufmann & 2011 Princess Madison Davis. They had a busy year and served Morgan County well.

Check back at coverage 2010 and the 2011 contests. Warmowski Photography is happy to also be a sponsor of the contest, and first place winners will get special photo cards.

I already did a post on Meghan & Ryan and their dog, Bailey, in regard to their wedding stationary. I wanted to show you another way they included Bailey in their wedding day. 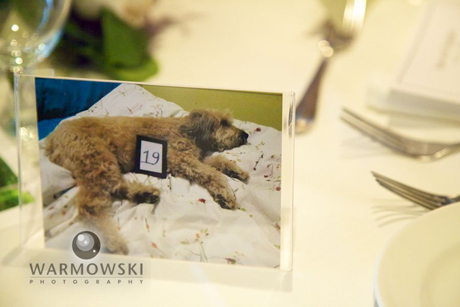 They used photos of Bailey as table numbers. 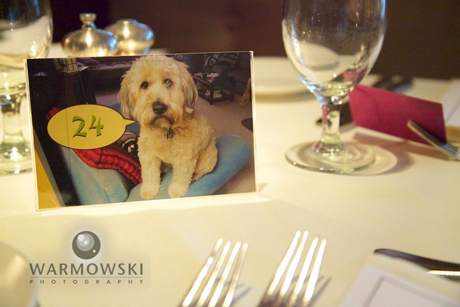 And, Rob, the matron-of-honor’s husband, took the same photo of them that we did (with Bailey outside of their home) but he took the digital file immediately to a nearby drugstore and had copies printed for their parents, which were put in frames on the head table – where the bride and groom and their parents sat. It was a fun surprise for their parents when they sat down to eat! 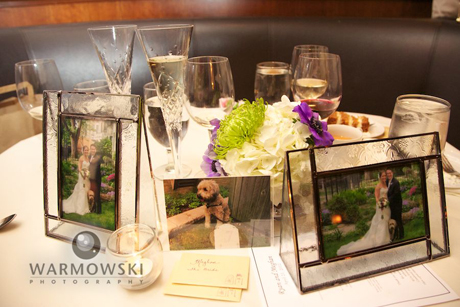 Bailey is four years old and she became a member of Meghan & Ryan’s family when they got her from another family that could no longer keep her. She is a sweet, well-mannered pup with obviously adoring ‘parents.’