Most couples only have time for a quick lift from their ceremony to their reception site, but Katie Carrigan & Adam Filler had some extra time so they paid a visit to The Irish Toad. (Adam raising his foot while he posed above made me laugh.)

The stop gave their wedding party a chance to relax. Some out-of-town friends connected via mobile phone and met them at the bar. Some groomsmen ordered up one of their famous pizzas to tie them over until the reception at the Jacksonville Country Club.

They also took part in the bar’s tradition of stapling dollar bills to the wall to mark the occasion. When you go, you can find the first above the entrance (with a modified date) and another on the north wall.

We ran into an old friend at our last wedding in Springfield — Mike Greer of Audio Effects.

He was the DJ at Anne & Isaac’s wedding reception at the Artisans Building on the Illinois State Fairgrounds (photos still in the works). I say an old friend because he was the DJ at our wedding in Springfield in 2001. And, actually, the DJ at my first wedding (same DJ, same best man). He’s based in Rochester, and does many weddings and other events in Springfield. Link above or 217.498.9559, www.audiofxdj.com.

We’ve been having fun lately photographing some engagement sessions with some 2010 couples, and wanted to share some images.

We work to do more than a studio sitting, and get more than a portrait for the newspaper. We try to run around town with our couples, to places that reflect their personality or the story of their relationship, and have some fun while making pictures. See some of Heather & Doug’s photos in a special video we created for them.

The engagement sessions include a 5×5 brag book — which can be upgraded to a larger book for guests to sign on your wedding day. As with our other packages, Facebook-sized images, on-line gallery and DVD proofing are also included.

We use the engagement session also as a time to get to know our brides & grooms better. And, having fun with us making pictures will surely make for even more fun on their wedding day.

And, we willing to travel anywhere for the sessions (as well as our weddings). Here’s some images from Jessica (Drebes) & Justin Jones in Quincy, locations including Villa Kathrine and  the banks of the Mississippi River. Jamie (Greenberg) & Dave Arlin at various locations in downtown Chicago. And so far our most exotic location — Christy Heaton & Craig Beebe in New Orleans.

(And yes, we did work Mardi Gras into the trip.)

As you look for DJs, take a look at Superior Sound Entertainment. They’re based in Springfield, but we’ve worked with them at several weddings here in Jacksonville. They have a nice light set up, professional appearance, and most importantly our brides have liked them. Owner is Tony Boston, 217.544.1404 office &  217.414.1753 mobile.

Ashley’s Petals & Angels has been the florist for many of our brides, and we’ve heard nothing but good things about them! I Googled the business the other day and found a bunch of good reviews, but no web site. So I decided to register ashleyspetalsangels.com and put up a placeholder web site until owner Lori Wankel can create one of her own.

Ashley’s Petals & Angels is at 700 S Diamond St, Jacksonville, IL 62650. Contact via 217.243.2700 or e-mail, and check out her Facebook page. Hours are 9-5 Monday – Friday and 9-2 on Saturdays. Specializing in unique designs, they not only do weddings, but also holidays, birthdays, prom and the full range of special occasions. 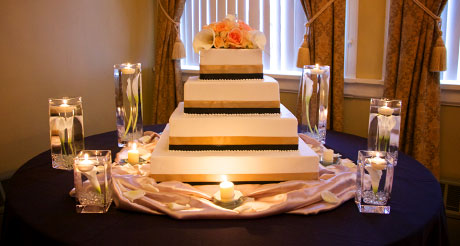 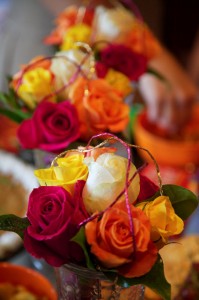 Elisha & Bob Lonergan’s wedding was one of the first for Girls in White Satin. We photographed the wedding, and we’ve made a copy of Elisha & Bob’s coffee table book for Becky & Terryl to show off at their shop.

The bridal and formal wear shop in Jacksonville focuses on personal attention for their brides. And for Elisha they not only did her dress, but also bridesmaids and flower girls dresses and the guy’s tuxedos. Here’s a spread from their book: 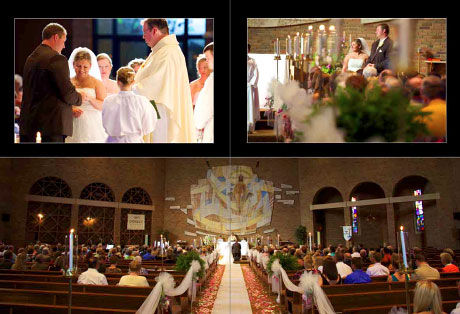 We include coffee table books (or a traditional album) in most of our wedding packages. We have copies of some of our books at some other wedding businesses we work with frequently including Hamilton’s 110 North East and Ashley’s Petals & Angels.

We also did an engagement session for Elisha & Bob, here are two of their favorites . . .

Warmowski Photography has been added to the list of top wedding vendors in the Springfield area, Springfield Local Favorites.

The group aims to make it easier for brides to find the best and most reputable businesses. They currently have a list of more than 60 wedding related businesses. And, besides making members pledge to a high code of conduct, the group offers a mechanism for brides to handle disputes. We know we’ll never need that, but we think the group’s efforts gives brides more confidence when contracting services from Springfield Local Favorites members.

And thanks to the Matts — Matt from Hamilton’s Catering for inviting us to join, and Matt from Stevens DJ Service for his efforts with the group.

And brides mark the group’s Third Annual Bridal Bash on your calendar, Sunday 26 September 2010 from 1-5 pm at The Rail Golf Course. The event is free, and beyond door prizes includes an 8-day, 7-night honeymoon vacation package drawing. Keep up with news and information on the blog, and via the Springfield Local Favorites Facebook listing.

Thanks to The Jacksonville Source for profiling us and letting us post here . . . 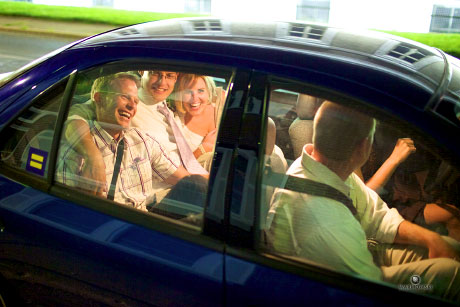 It’s nice and cool these days, but warmer weather is on its way. I’m very active on wedding days, and while wearing a suit or even a long-sleeve dress-up shirt I can get pretty sweaty. I started wearing one of those athletic t-shirts on wedding days (Dry Fit, Coolmax, Under Armour, Helly Hansen and all the different brands) and it makes an incredible difference. You feel cooler, and it even keeps your dress shirt from getting wet.

Just wanted to pass on this thought, especially if you’re looking for groomsmen gift ideas. If you’re getting married in the summer, buy a bunch of shirts, in a variety of sizes, and let the groomsmen pick one out as their gift. Maybe not as long lasting as a flask, but when they’re dressed to the nines and standing in the sun they’ll probably appreciate it.