We are excited that we got to do the photos for the updated web site for Girls in White Satin Bridal & Formal Wear.

We photographed the wedding of their first bride, Elisha (Langley) Lonergan – see their sample coffee table book in their shop any time.

Becky & Terryl were nice enough to include us on their new web site as the recommended wedding photographers.

While we’re at it, don’t forget to visit their booth (and ours) at the 2011 Jacksonville Main Street Bridal & Prom Expo Sunday January 30th at Hamilton’s 110 North East. Prom fashion show at 2 pm and bridal fashion show at 3 pm.

We didn’t realize it, but it turns out we’re exciting enough to be portrayed in a musical.
Writer and director Ken Bradbury (world famous all over Jacksonville) had his class at Lincoln Land Community College interview Jacksonville, Illinois-area business people for Jacksonville . . . Works: A New Musical.
“Sixty Jacksonville residents were interviewed over the course of three months,” said Ken. “Ninety hours of interview edited down to a two-act show with original music. Everyone from the mayor to some of Jacksonville’s homeless population…from pastors to poll dancers…from fast food employees to bank CEO’s….undertakers, nurses, editors, photographers, pet shop owners, teachers, sculptors, college presidents, congressmen and inmates in the state prison system.”
The students who interviewed us, Annie Schone and Wes Burton, said we were one of their most “vivid” interviews.
The play is presented by the Lincoln Land Theatre, and a good-will offering will benefit the Salvation Army and the Western Illinois Youth Camp. Performances are 7 pm Friday March 18 at Grace United Methodist Church; 7 pm Saturday March 19 at First Presbyterian Church; and 2 pm at Faith Lutheran Church.

Oh, and one more plug for Ken Ken Bradbury and his humble writing partner Roger Wainwright: A brand-new show heading your way, Springfield Theatre Centre presents the world premiere of a new musical, From Behind the Curtain February 11-13 & 18-20. Tickets 217.523.2787

Posted by Steve. Always willing to help out Ken Bradbury, especially because he’s such a fan of Warmowski Photography. Wedding photography offered everywhere Ken does plays, and beyond.

Spent last Sunday at the beautiful Virginia Community Building in Rushville, Illinois for the Fourth Annual Rushville Bridal & Prom Expo. The event is put on by Teresa Haines and the Rushville Times.

It’s nice to be able to spend so much time one-on-one with brides at such a small show. And, practically everyone in attendance took home a gift bag, gift certificate or other prize. The style show was put on by Bonnie’s Bridal & Prom of Macomb.

During the show, we chatted with some of the other vendors including:

Steve has been photographing campus life and sports for Illinois College. The college uses the images in brochures and on the web as they work to get the word out to prospective students and alumni.

For MacMuarry College, we both photographed basketball for prospective student brochures and Tiffany got a bird’s eye view of most of the student body for the latest alumni magazine.

(Note that Tiffany is a MacMurray College alumna who lived the dream – getting married at Annie Merner Chapel.)

Posted by Steve. Warmowski Photography, great images from your alma mater as well as from your wedding day. Photojournalists telling brides’ and grooms’ wedding stories all over Central Illinois.

At the monthly meeting of Jubilee Habitat for Humanity this week, Steve stepped down after serving two years as president of the board. He will serve this year as vice president.

He can’t make a lot of work days because he’s with me photographing weddings. But he helps with fundraising, planning and all the other not-so-fun stuff that needs to get done to keep the local chapter going.

Steve also is a member of the Kiwanis Club here in Jacksonville, and serves as the newsletter editor. (He’ll probably be doing something during Pancake & Sausage Day March 7th). He also serves on the Fox Trust and Missions committees at our church, Centenary United Methodist.

All his volunteer work is part of our efforts to be involved in civic life and to give back to the community.

Heather Thomas and Doug Zulauf were married Saturday, October 9, 2010, at Rammelkamp Chapel on the Illinois College campus in Jacksonville. Both are alumni of IC. Professor Rev. Richard Maye officiated the ceremony.

Here are some of our favorite images from their day.

Heather and Doug hired us to photograph their rehearsal at Rammelkamp Chapel on the Illinois College campus and dinner at Leo’s Pizza in Jacksonville the night before the wedding.

Heather Thomas  & Doug Zulauf were married Oct. 9, 2010, in Jacksonville. But, before the wedding is the engagement, of course. We had a really fun engagement session with them in May.

First we started in our studio to get some traditional poses in a formal setting. Then we ran around town for some fun settings. We went out to Leland Lake to get the couple in an environment fit for a fisherman and hunter. And ended the day with bucolic rural settings on a friend’s farm. 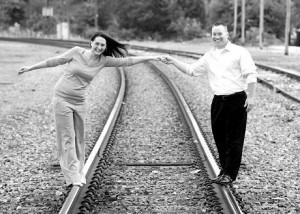 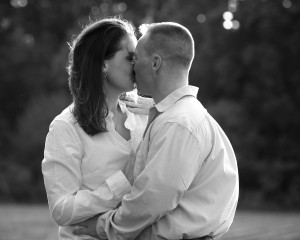 Congratulations to Tiffany, she was recognized for two years of service on the board of the Elm City Center at their annual board meeting on Tuesday.

Elm City Center provides work and independence for people with disabilities in Jacksonville. Tiffany also runs the Second Closet, a program through Prairieland United Way that provides professional and work clothes for those who need them to find employment. And, she runs the exchange program through the Jacksonville Rotary Club and is very active keeping the exchange students busy.

All her volunteer work is part of our efforts to be involved in civic life and to give back to the community.

The annual Jacksonville Bridal Expo is coming up at Hamilton’s 110 North East on Sunday January 30th 2011. Besides us (of course) the event features a prom fashion show at 2 pm and bridal fashion show at 3 pm put on by Girls in White Satin. Over $1,000 in prizes will be given away, including a grand prize of airfare from World Travel.

Admission $5 in advance at various locations including A Head of Times Grand Salon & Day Spa and Ashley’s Petals and Angels www.ashleyspetalsangels.com ($8 at the door).

Posted by Steve. Warmowski Photography, husband-wife team of experienced photojournalists offering their talents to tell the wedding stories of couples in Jacksonville, Springfield, Quincy and all over Central Illinois and beyond. Studio located in the loft at the Transfer Company Shops, 611 E. State St., Jacksonville IL 62650 (across from Lonzeratti’s). Friend us on Facebook.